Who says Marijuana is not as lethal as tobacco? 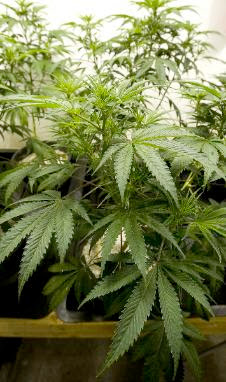 Read the rest of this article from the LA times!

http://latimesblogs.latimes.com/booster_shots/2009/02/marijuana-use-a.html
What are its long-term effects?
Marijuana smoke contains some of the same cancer-causing compounds as tobacco, sometimes in higher concentrations.Studies show that someone who smokes five joints per week may be taking in as many cancer-causing chemicals as someone who smokes a full pack of cigarettes every day. The carcinogens in marijuana are 50-70 % stronger than that of tobacco.

Because within the first view hits, marijuana use increases the heart rate by over 50%, this dramatically increases the risk of a cardiac episode.
Posted by mzeatright at 9:16 PM 5 comments:

I can recover my HEALTH with a Health Coach?

Eat for Life to Live! aka: Health Recovery

Promote Your Page Too

mzeatright
This site is meant to be a resource to provide online support for those wishing to SAVE THEIR LIVES with healthy lifestyle changes. I love my husband, kids and friends and family. Whatever I involve myself in besides having fun or music projects is to share my experience, strength and hope to encourage someone else to find hope for their journey or with their burdens in life. Say this, "I WANNA LIVE!" ...KEEP COMING BACK!